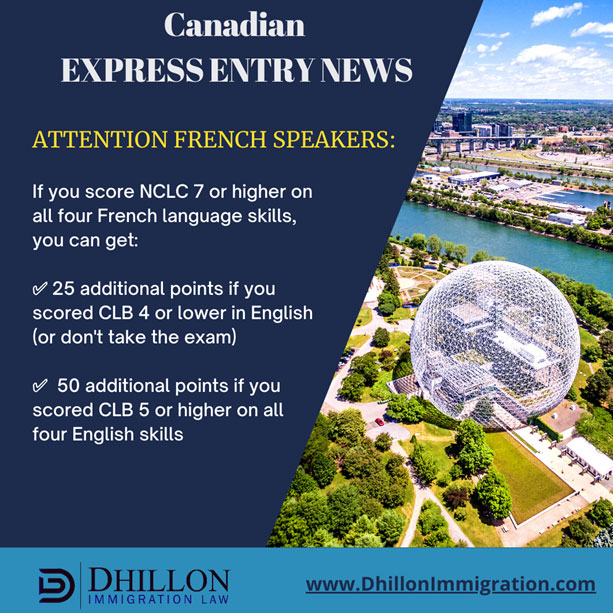 If you score NCLC 7 or higher on all four French language skills, you will now be able to obtain the following additional points under Express Entry:

This is over and above the second language points that are possible – therefore French language points are given considerable additional weight in the Express Entry process.

Why was this change implemented?

Canada has two official languages – English and French. Most French speakers reside in the province of Quebec, but Canada would like to encourage francophone integration outside of Quebec. Canada is aiming to increase French-speaking Permanent Resident admissions into Canada by 4.4% by 2023. As part of Canada’s Action Plan for Official Languages: Investing in our Future, IRCC will invest over $40.8 Million CAD between 2018 and 2023 to further this objective.

“We’re changing the highly-successful Express Entry System to make it easier for Francophone and bilingual immigrants to come to Canada – creating good, local jobs while helping Francophone communities flourish in all corners of our country.”

This announcement came a few days before the Immigration Levels Plan, where Canada committed to admit over 1.2 Million new permanent residents to Canada between 2021 and 2023. This is a significant increase and great news for Canada, as it relies on immigration to fuel post-pandemic economic recovery. Therefore, a notable 60% of those admitted will be under the economic Classes. 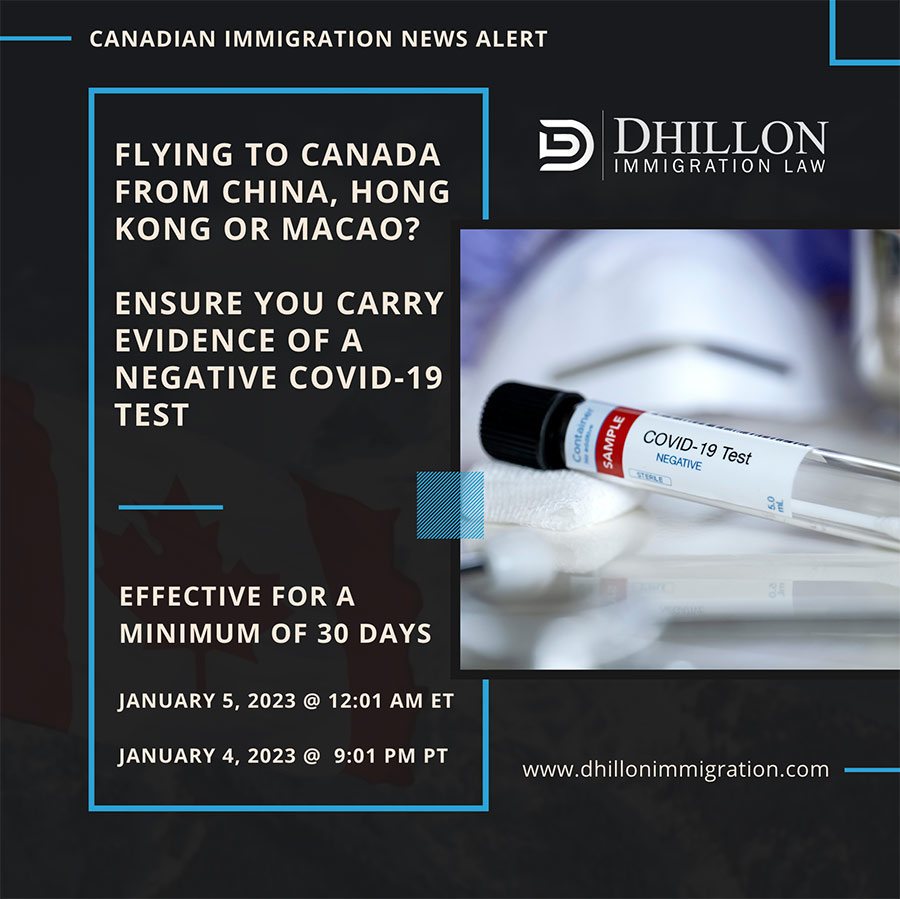 WHO IS IMPACTED? All air travellers who are two years of age and older, arriving on flights originating from the People’s Republic of China, Hong...

CURRENT STATE: Spouses of high-skilled workers with an eligible work permit (regardless of work permit category) can obtain an open work permit...